Are you of legal drinking age?
No
Skip to main content
WEBSHOP 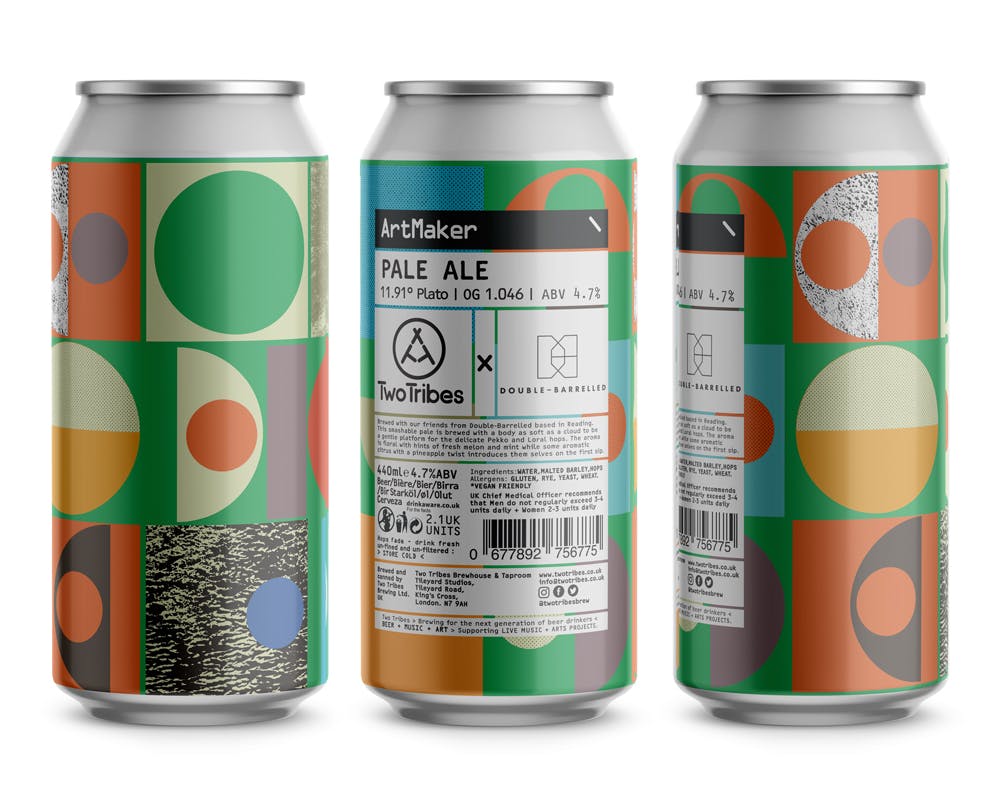 Brewed with Double-Barrelled based in Reading. This smashable pale is brewed with a body as soft as a cloud to be a gentle platform for the delicate Pekko and Loral hops. The aroma is floral with hints of fresh melon and mint while some aromatic citrus with a pineapple twist introduces them selves on the first sip. 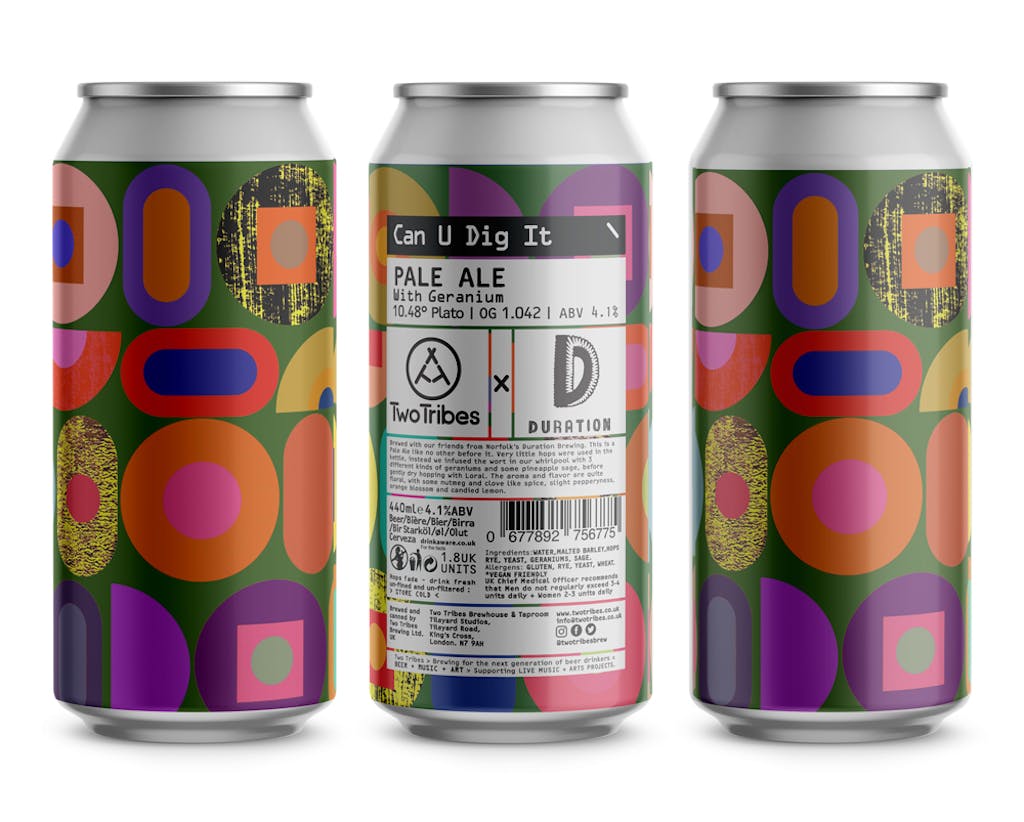 Brewed with our friends from Norfolks Duration Brewing. This is a Pale Ale like no other before it. Very little hops were used in the kettle, instead we infused the wort in our whirlpool with 3 different kinds of geraniums and some pineapple sage, before gently dry hopping with Loral. The aroma and flavor are quite floral, with some nutmeg and clove like spice, slight pepperyness, orange blossom and candied lemon. 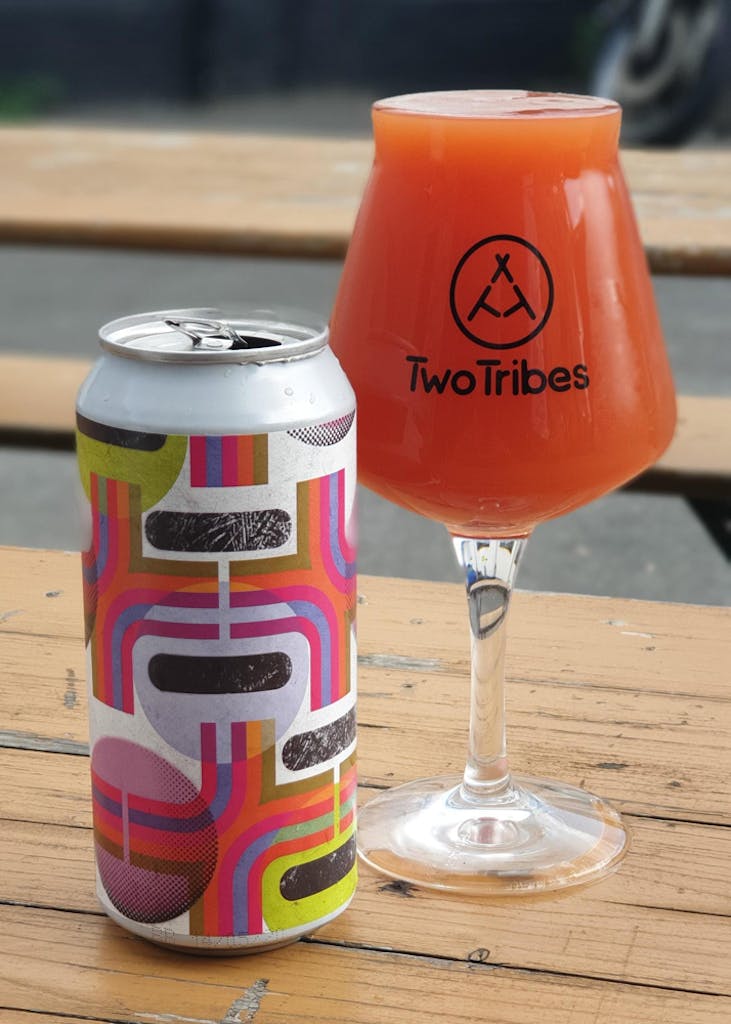 This Sour DIPA brewed with Gipsy Hill packs in the crisp, refreshing flavour of cranberry and the juicy tropical taste of mango. All laced with Green Tea and Simcoe to bring some balancing but lush pine flavours. 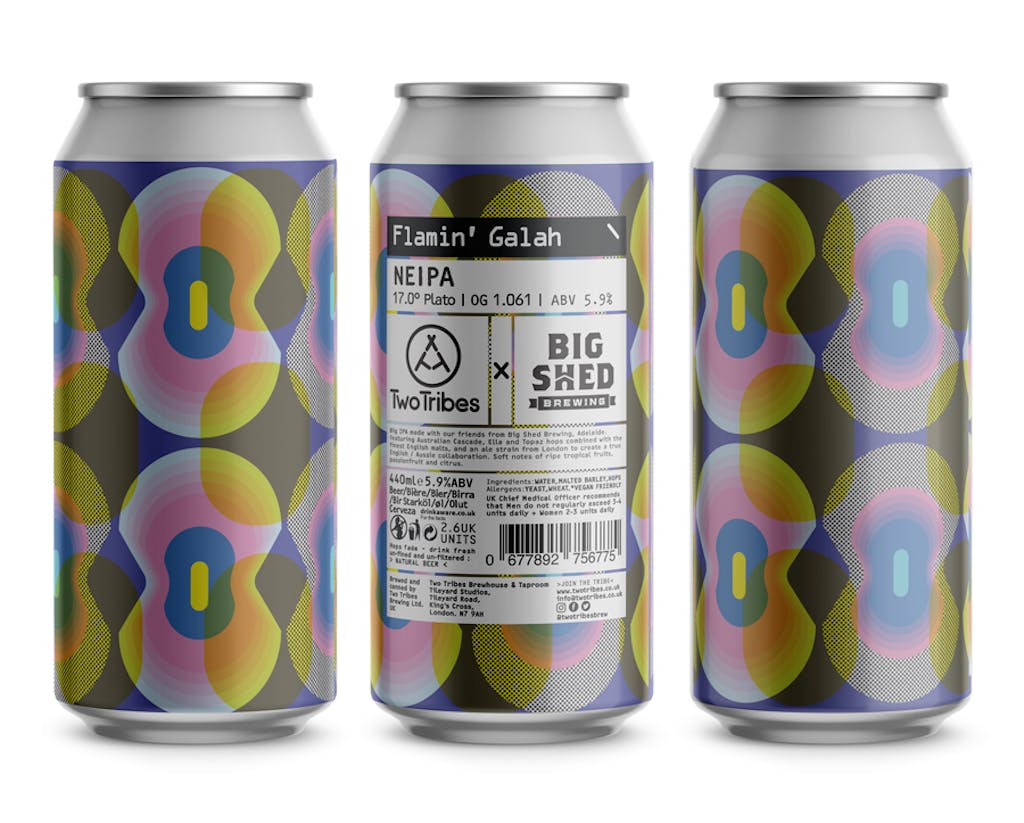 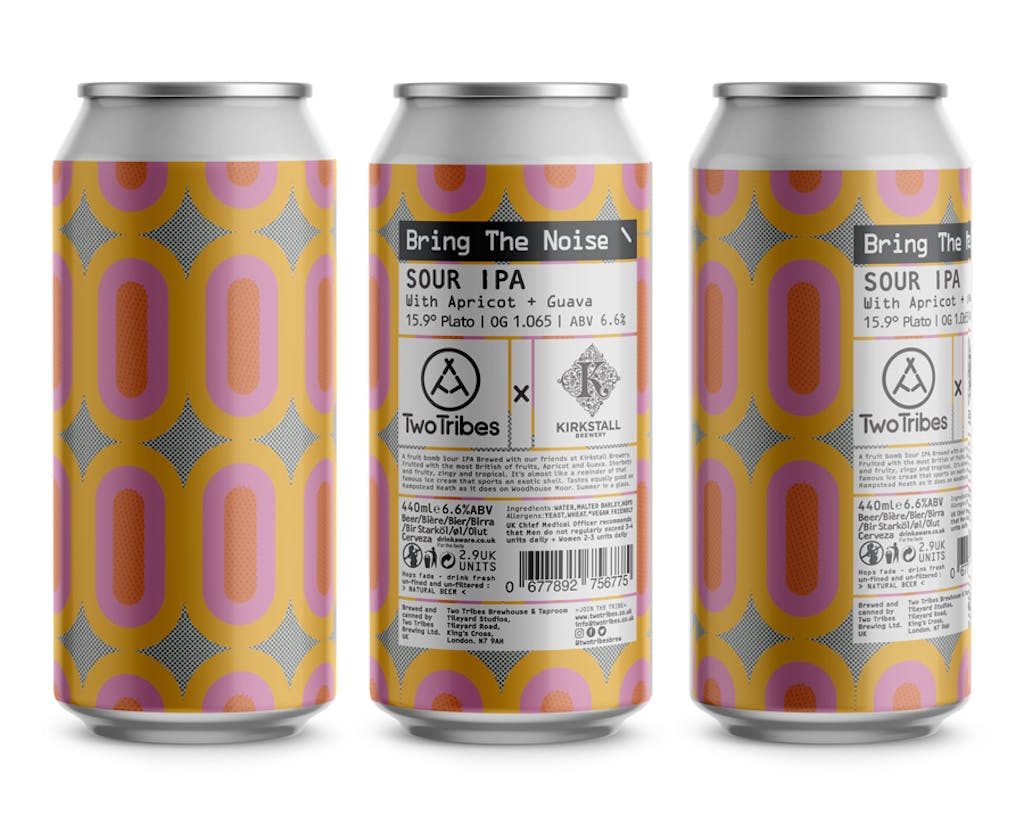 A fruit bomb of a Sour IPA! Fruited with the most British of fruits, apricot and guava. Sherbety and fruity, zingy and tropical. It’s almost like a reminder of that famous ice cream that sports an exotic shell. Tastes equally good in Hampstead Heath as it does in Woodhouse Moor. Summer in a glass. 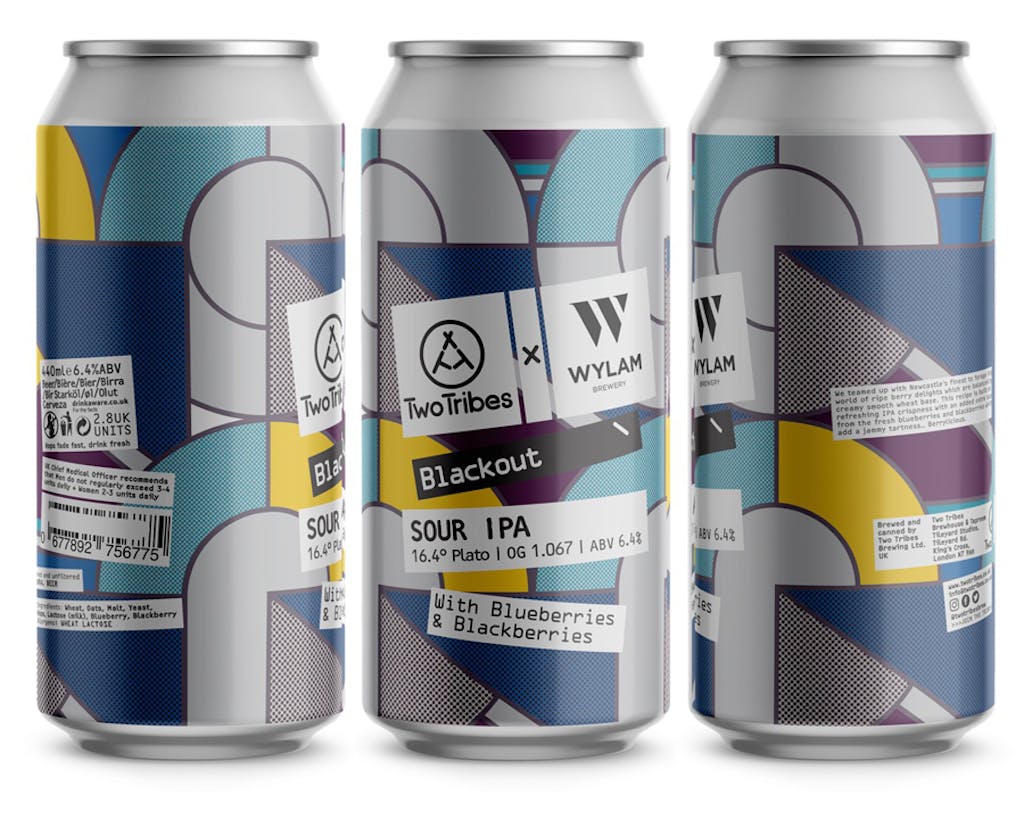 We teamed up with Newcastle’s finest to forage into the world of ripe berry delights which are balanced by the creamy smooth wheat base. This recipe is built on a refreshing IPA crispness with an added extra twang from the fresh blueberries and blackberries which add a jammy tartness… Berrylicious. 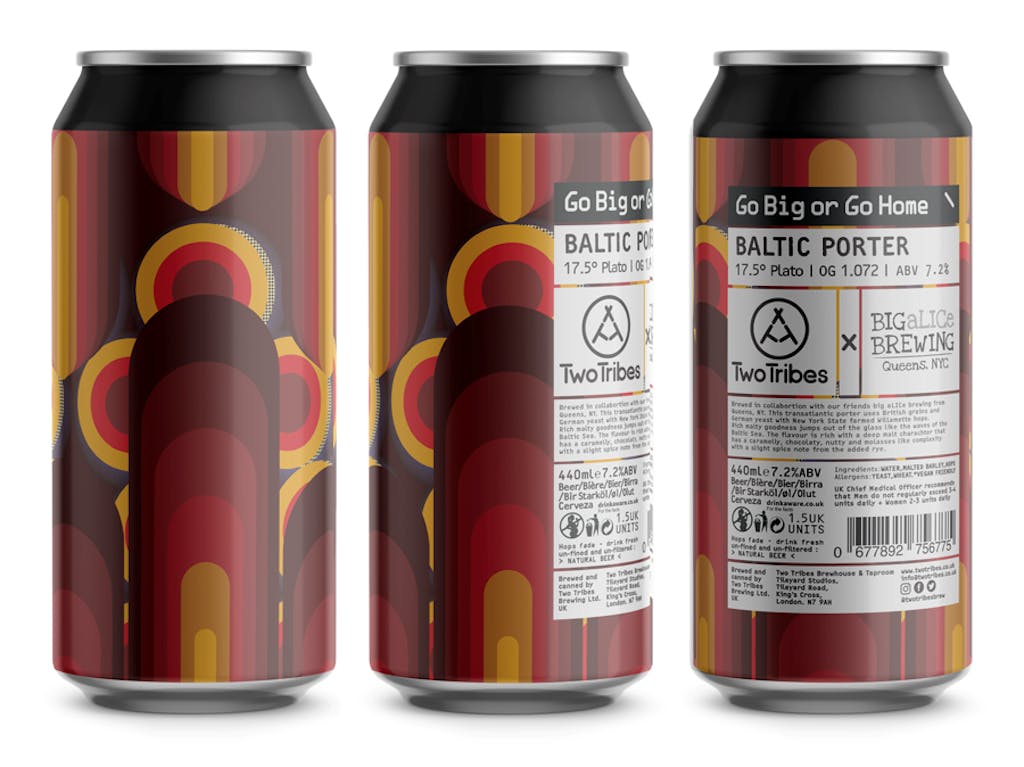 Brewed in collaboration with our friends big aLICe brewing from Queens, NY. This transatlantic porter uses Brittish grains and German yeast with New York State farmed Willamette hops. Rich malty goodness jumps out of the glass like the waves of the Baltic Sea. The flavour is rich with a deep malt charachter that has a caramelly, chocolaty, nutty and molasses like complexity with a slight spice note from the added rye. 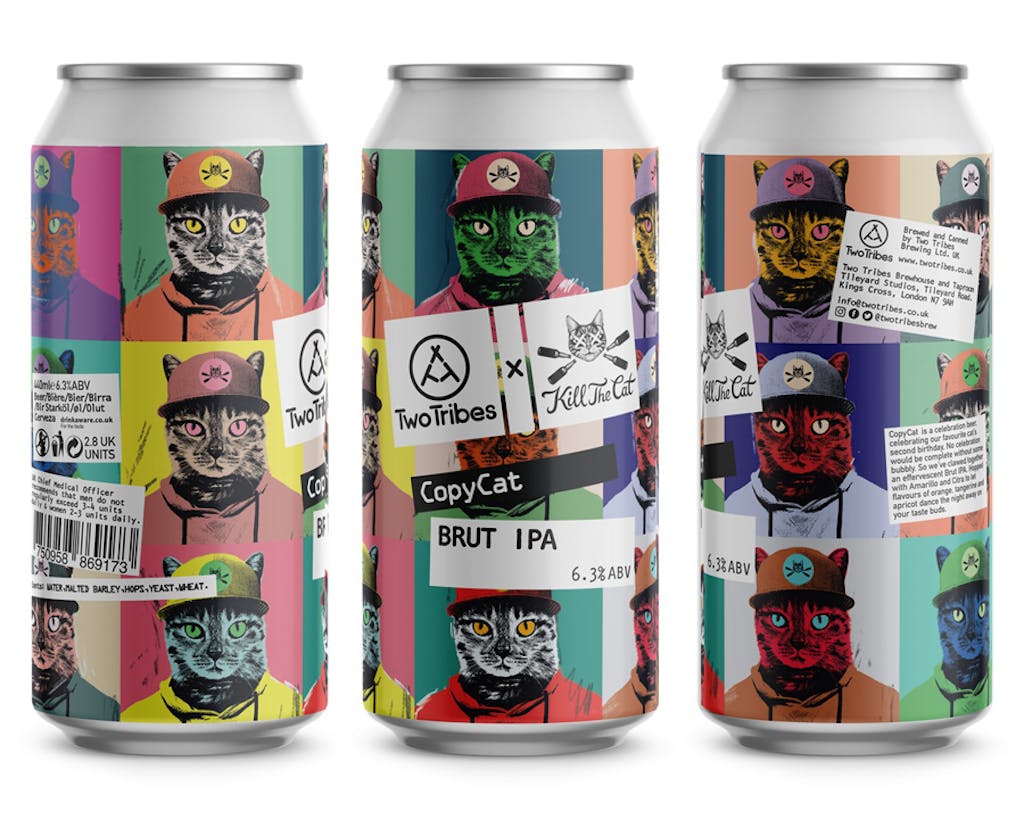 Copy Cat is a celebration beer, celebrating our favourite cats second birthday. No celebration would be complete without some bubbly. So we’ve clawed together an effervescent Brut IPA. Hopped with Amarillo and Citra to let flavours of orange, tangerine and apricot dance the night away on your taste buds 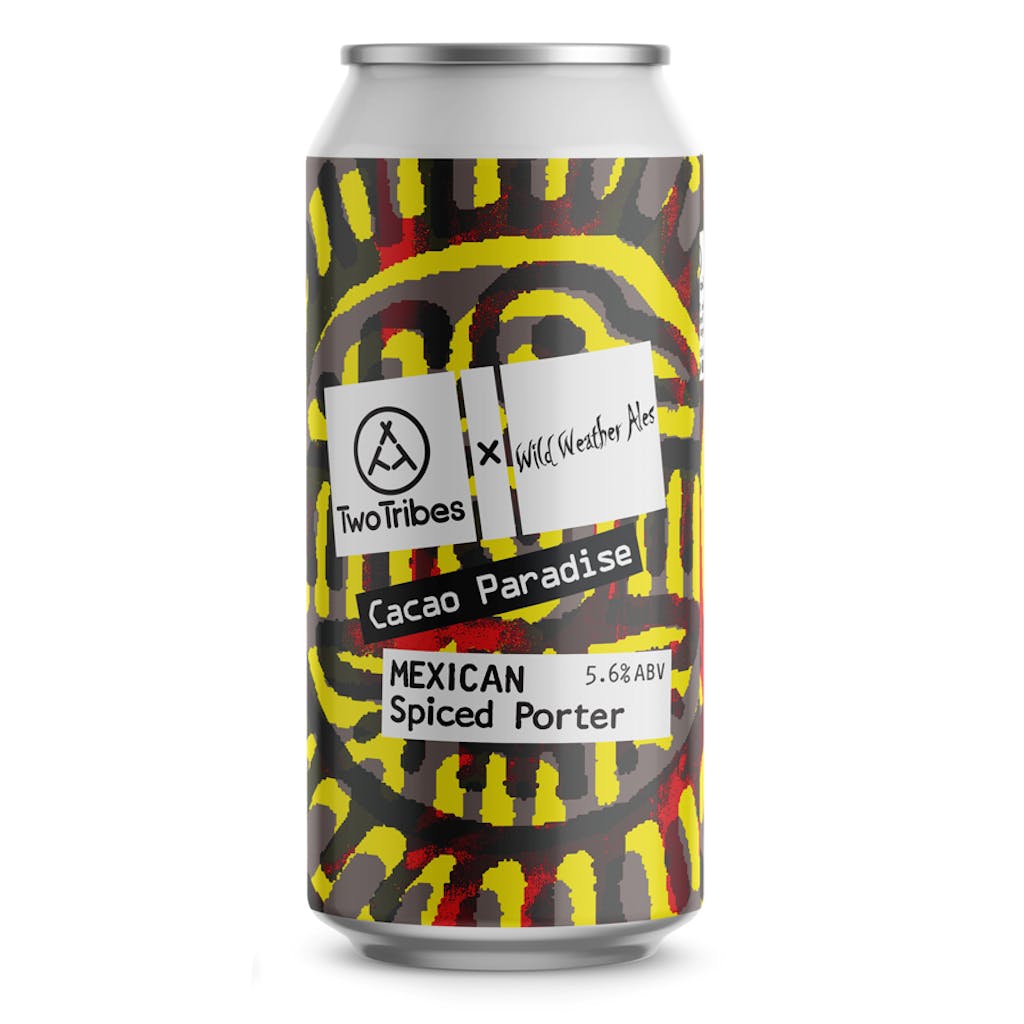 This beer is inspired by the incredible depth and richness of the traditional Mole sauces of Mexico. We used Pasilla chillies known for their deep smoky, chocolatey and liqourice like flavour. Not big on the heat these chillies are all about flavour depth. We've balanced them over an aromatic spice mix of cinnamon quills, cassia bark and black cardamom. The malt bill is caramelly and has the added booster of real cacao nibs. This produces a beer that is soft and velvety with hints of cacao, liqourice, delicate smoke, sweet cinnamon and warming cardamom.

Back to the Bitter – Mondo (UK) 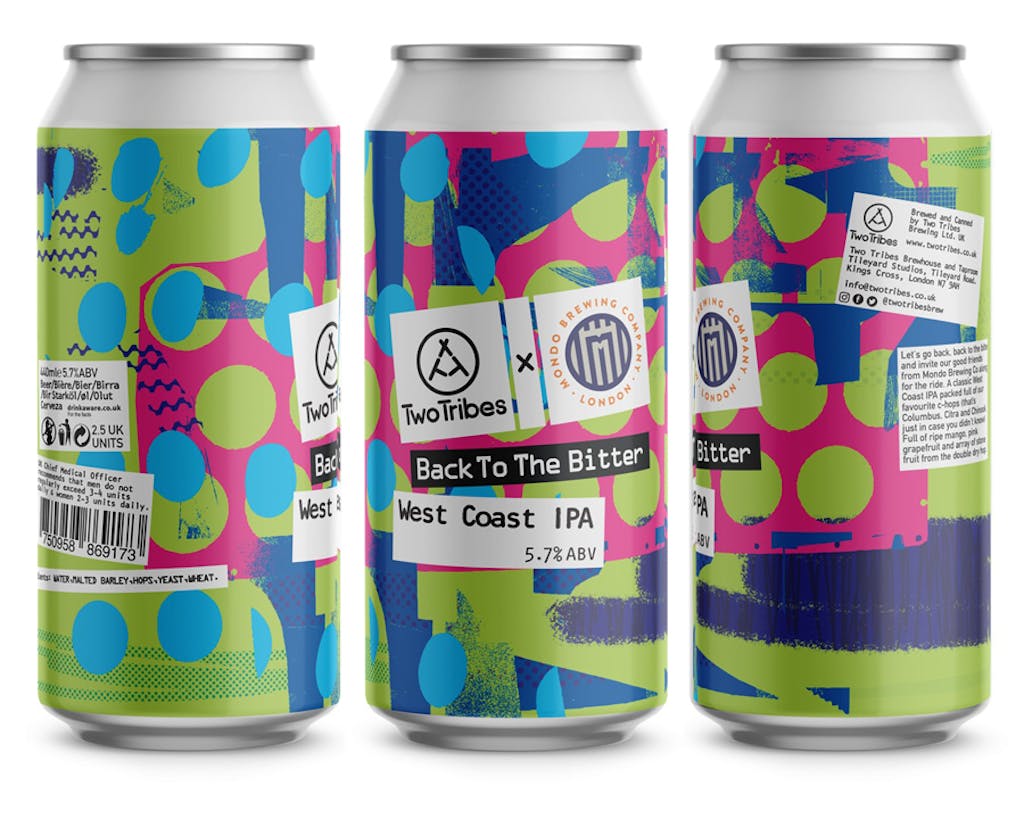 We decided to go on a trip back to the bitter with our good friends at Mondo Brewing Co. We're happy to present to you this classic West Coast IPA filled with our favourite C-hops (pssst it's Columbus, Citra and Chinook). It's ripe with flavours of Mango, Pink Grapefruit and an array of stone fruit from the double dry-hop. The fruit flavours sit on a sturdy backbone with hints of pine and white pepper. (v) 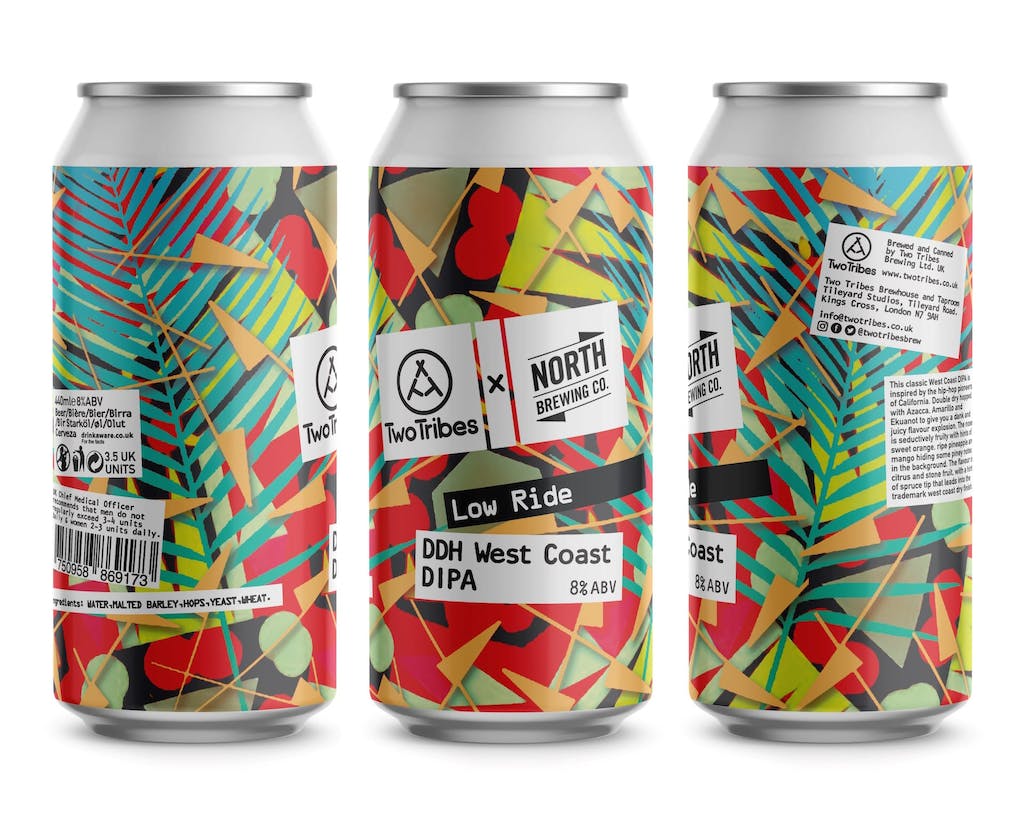 One of our best friends in the industry is Christian from North. Anyone who has ever met him knows that he is the nicest guy in the world, always up for a pint and a laugh and also has one of the most respected breweries in the country so when we had the chance to team up with them to collaborate together we had to get involved. This classic West Coast DIPA is inspired by the hip-hop pioneers of the West Coast. Double dry hopped with Azacca, Amarillo and Ekuanot to give you a dank and juicy flavour explosion. The nose is seductively fruity with hints or sweet orange, ripe pineapple and mango hiding some piney notes in the background. The flavour is citrus and stone fruit, with a hint of spruce tip that leads into the trademark west coast dry finish. 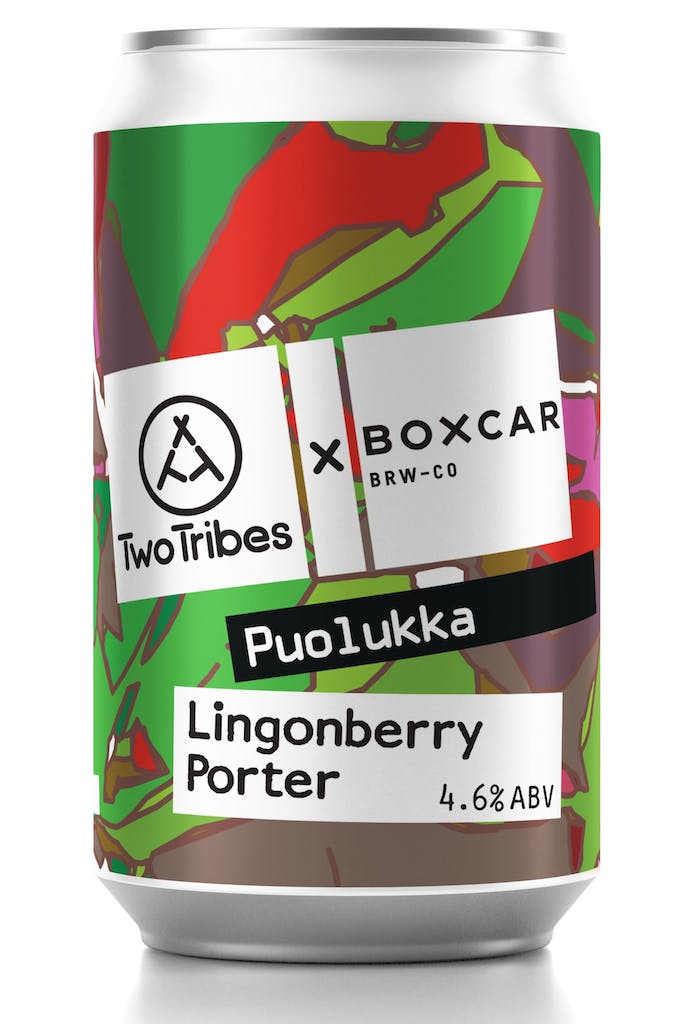 Justin and Sam used to run a brewpub together until Sam went off to start Boxcar, which is one of the most sought after small batch breweries in the UK, and Justin went off to Two Tribes so the second they got the chance to team back up again they jumped at it. This soft and smooth porter is inspired by the
Forests of Finland, native home to our head brewer. We brewed it in collaboration with Boxcar, who are famous for their flavoursome beers, to deliver a brew with notes of red berries, milk chocolate and lingonberry. The finish is excitingly Finnish.

Based in the Pitt Cue BBQ restaurant, we wanted to team up with Alpha Beta to make the perfect beer to go with their award winning BBQ and what we developed was this Vienna lager. Expect complex malt and noble hop flavour sitting on a smooth body, which is followed by a delicate toasted characteristic. The bitterness is firm but non intrusive leading to a dry finish. Barbecues are made for beer and this beer is made for barbecues. 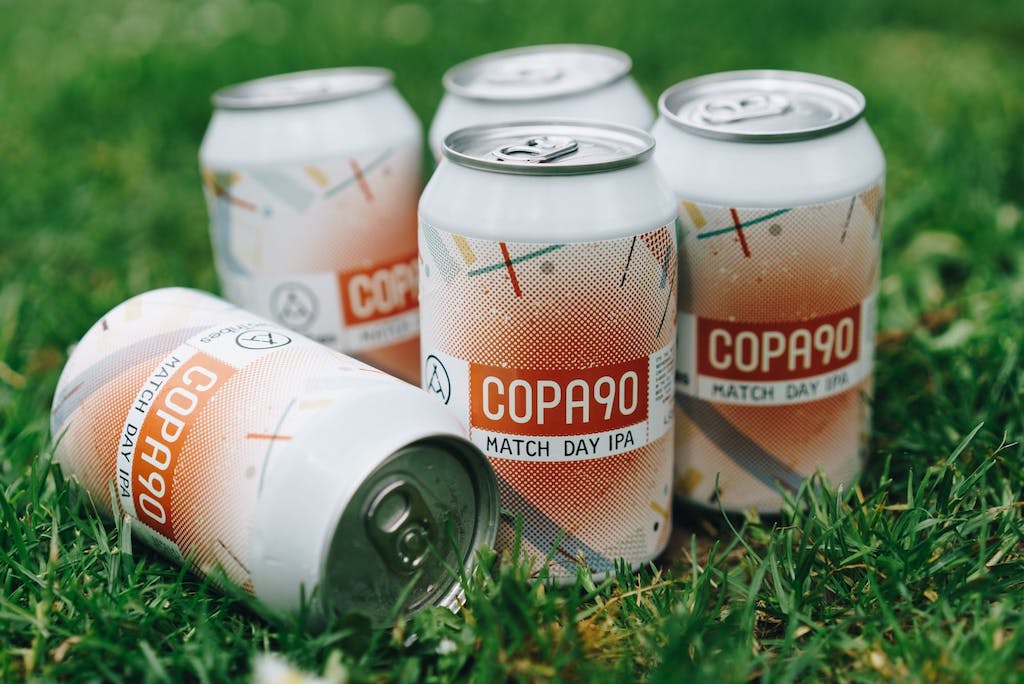 The guys at the World famous COPA90 Youtube channel came to us and said “We want a beer which is perfect for sitting back and watching England win the World Cup”. Well we couldn’t get the World Cup winning part right but we certainly smashed it out of the park with the beer! Zesty citrus on the nose. Flavour is yet more citrus, pink grape fruit, candied lemon and sweet orange. Dry and refreshing finish full of optimism for the summer of football ahead.

We had the pleasure of hosting London’s first ever Southern Hopisphere beer festival and to celebrate it we teamed up with Nomad Brewery from Australia. Puolet ja puolet means half and half in Finnish. With this beer we wanted to celebrate both Europe and Australia. The beer is a bitter sweet kettle sour. The tart base beer is infused with Nordic lingon berries and then dry hopped with Australian Ella hops. The taste is tart and refreshing with the berries bringing a distinct bitter sweet flavour that is backed up by Ellas signature characteristics of grapefruit, star anise and guava. 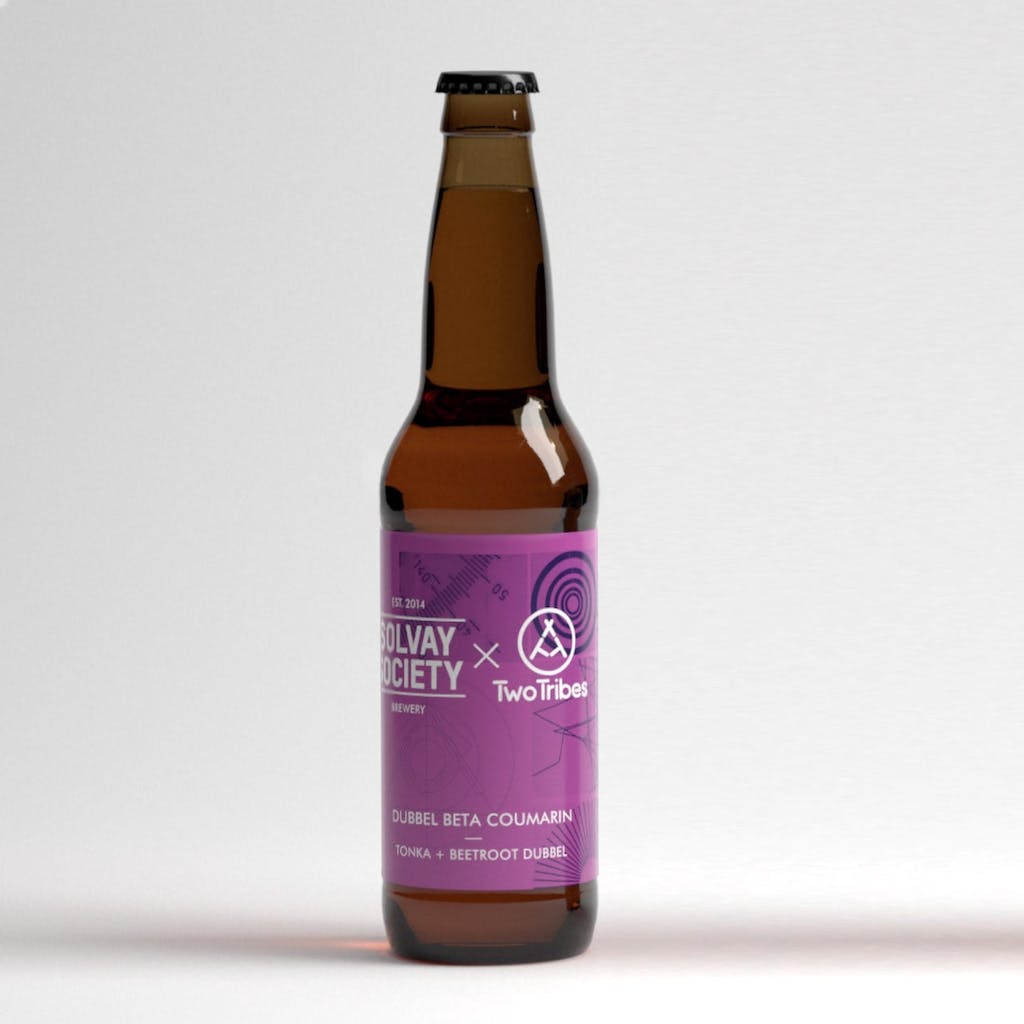 Belgian beers being brewed in London? Not only is it being done but Solvay Society are absolutely killing it!! We had a beer with Head Brewer, Roman and decided we wanted to do a traditional Belgian beer but give it a twist with some Tonka bean and Beetroot. What we created was a slightly earthy Belgian style Dubbel infused with sweet beetroot and perfumy tonka beans. Think vanilla, earthyness and some epic esters. 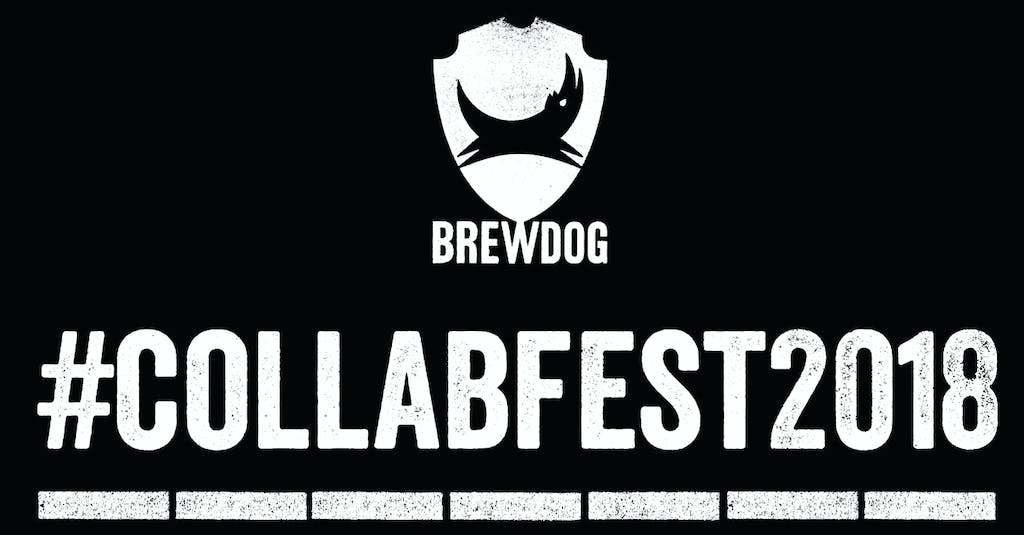 We were absolutely chuffed to be invited to brew with Brewdog Angel as part of this years Brewdog #Collabfest. 40 breweries teaming up with 40 Brewdog bars with each bar getting a keg of each beer to pour over a weekend of beery madness in October. Stay tuned for our announcement of which beer we have brewed. 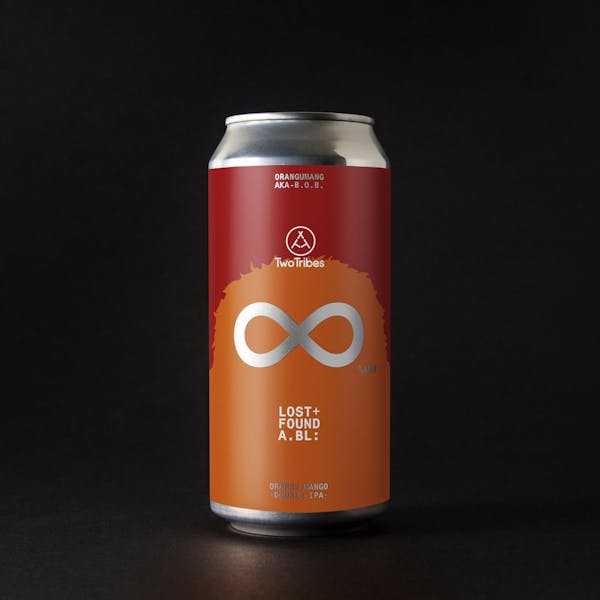 Orange + Mango Infused DIPA. Brewed in collaboration with our friends at Lost + Found and the Orangutan Foundation.

10% of profits of this beer will go to the Orangutan Foundation and we encourage all resellers to follow this fashion in the spirit of the project.

Two Tribes Brewing, of island records “session ipa” fame, continue to innovate within the craft beer scene. Two Tribes Brewing, co-owned by former DJ & producer Justin Deighton, have been recruited by Dan Barber and his wasted team to create a throw-away ingredients inspired wheat beer for launched this week’s pop-up restaurant on the roof of Selfridges.

Barber is also recruiting other big names from the U.K. and Europe. Gordon Ramsay, Tom Kerridge, and Clare Smyth are among the Michelin-starred British chefs who will cook alongside their New York counterpart Dan Barber when he opens a pop-up restaurant converting food waste into £15 ($18) sharing dishes and £32 high tea.

This beer was brewed with the intention to make people stop for a minute and say 'Hello' to the waste in our everyday life. Using overlooked byproducts from our daily food system Two Tribes Brewing have created a citrus-led sessional-able wheat beer appealing to all beer drinkers and people who give a shit! (damn?)

Shazam The Can and listen to the WastED “Lost Classic” playlist courtesy of Island Records.

People wait months for a table at Blue Hill at Stone Barns, in upstate New York, where Barber serves a vegetable-led menu with ingredients from his farm. It was named best restaurant in America 2016. This will be his first venture in the U.K.

The popup, to be called wastED London, runs from Feb. 24 to April 2, serving menus designed to raise awareness of food waste. Expect quirky dishes with skin and bones and other ingredients you wouldn't normally expect.

The original wasteED was a popup in New York two years ago. Multi-Michelin starred Alain Ducasse was among guest chefs—Barber is a hero in the culinary world—but the food was a world away from fine dining, featuring bits of meat, fruit, vegetables, and fish you'd normally chuck away.

While Ramsay is fiery, Barber is softly spoken and thoughtful. Smyth will open her own restaurant this year after leaving Ramsay's flagship, where she was the custodian of his three Michelin stars since 2007. Kerridge is the only chef to hold two Michelin stars at a pub, the Hand & Flowers.

Barber said he looks forward to working with chefs and farmers to create the menu. He cited the British bubble and squeak—made with leftovers such as cabbage and potato—as an inspiration. 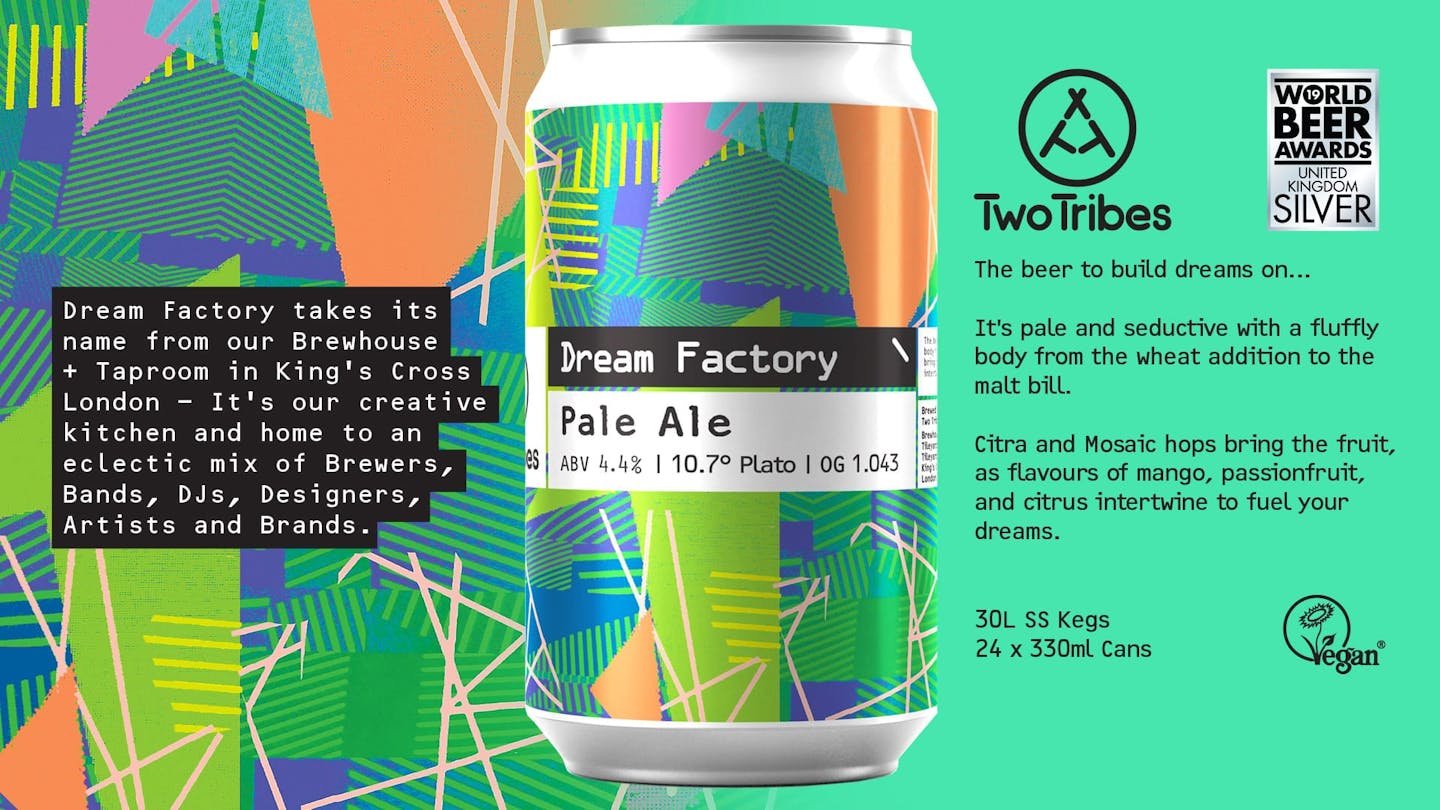 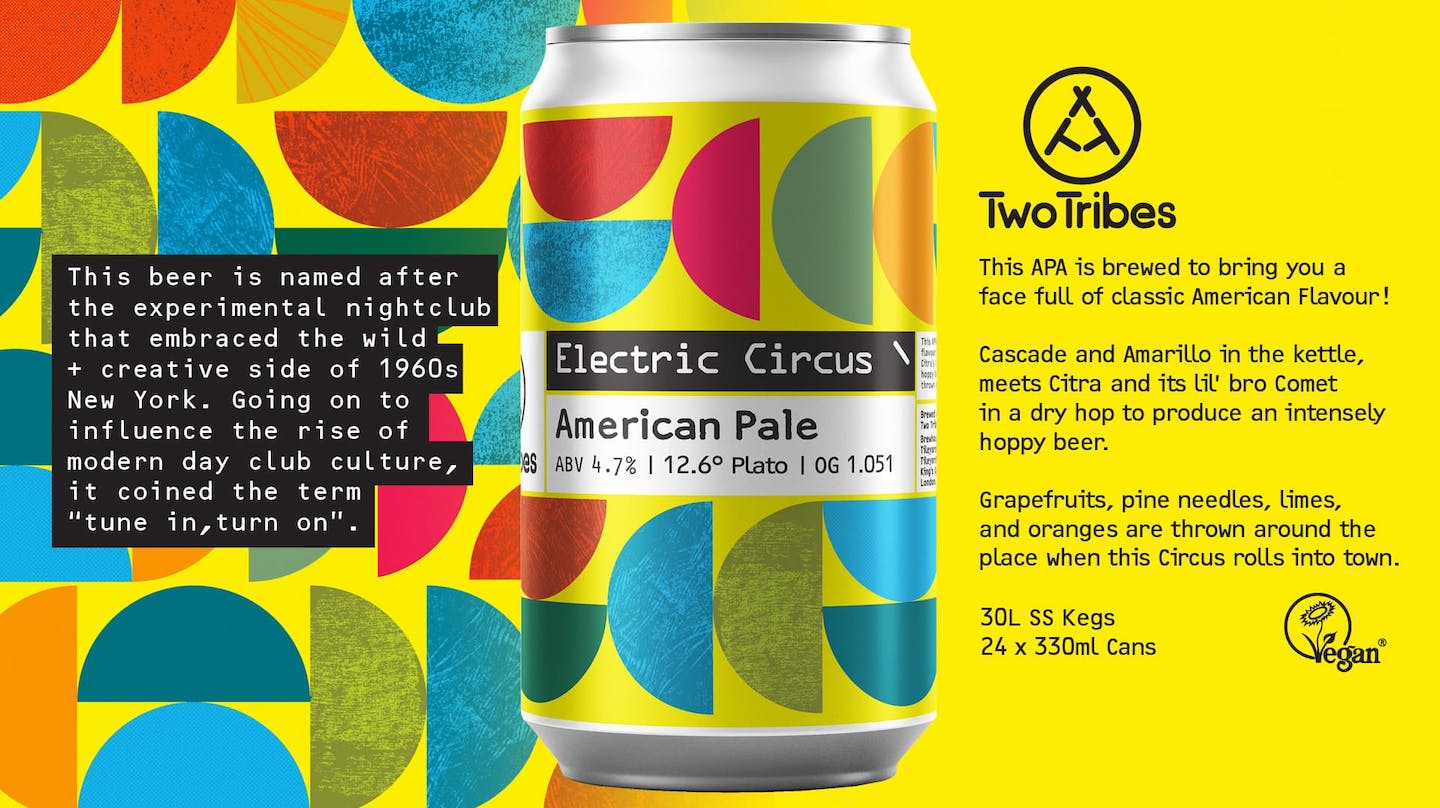 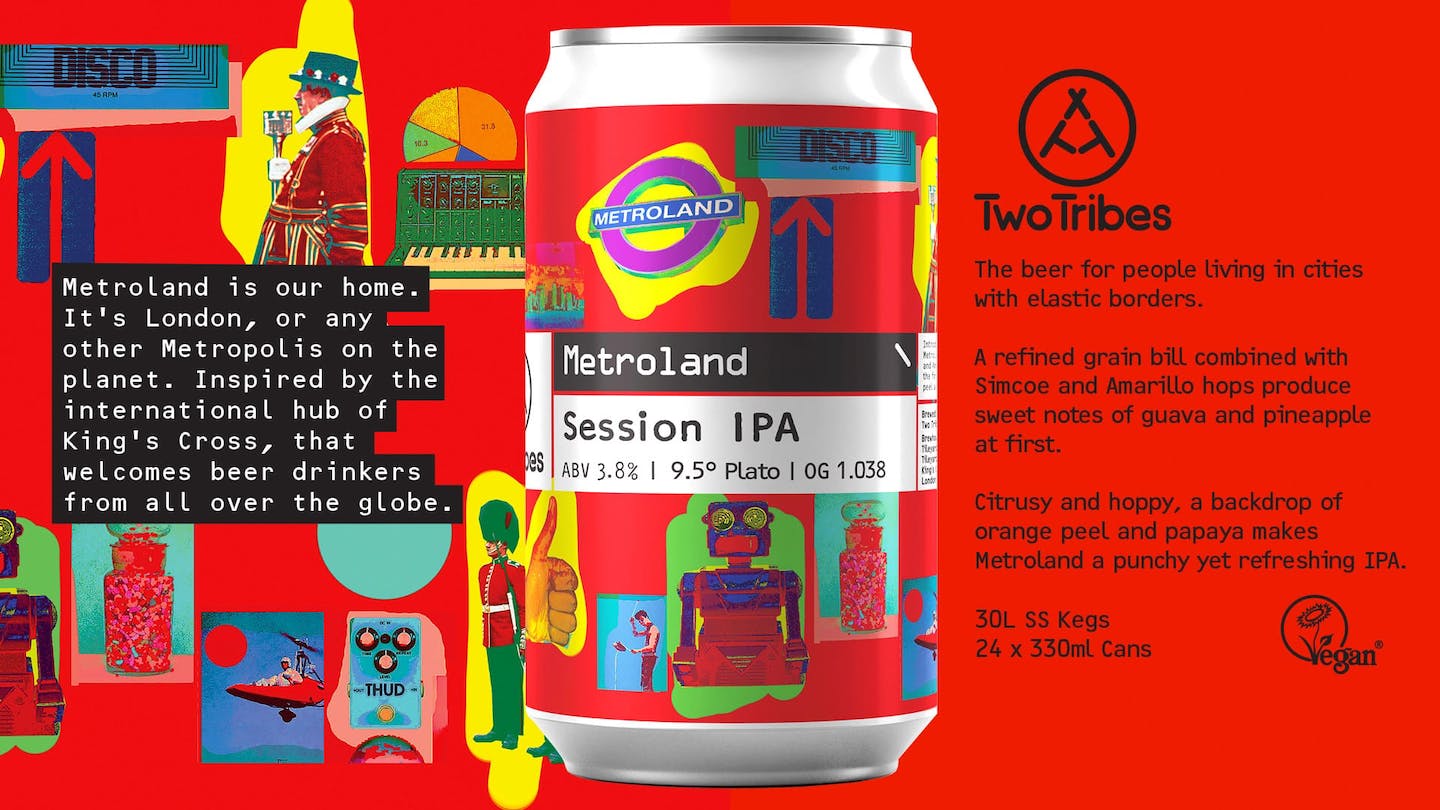 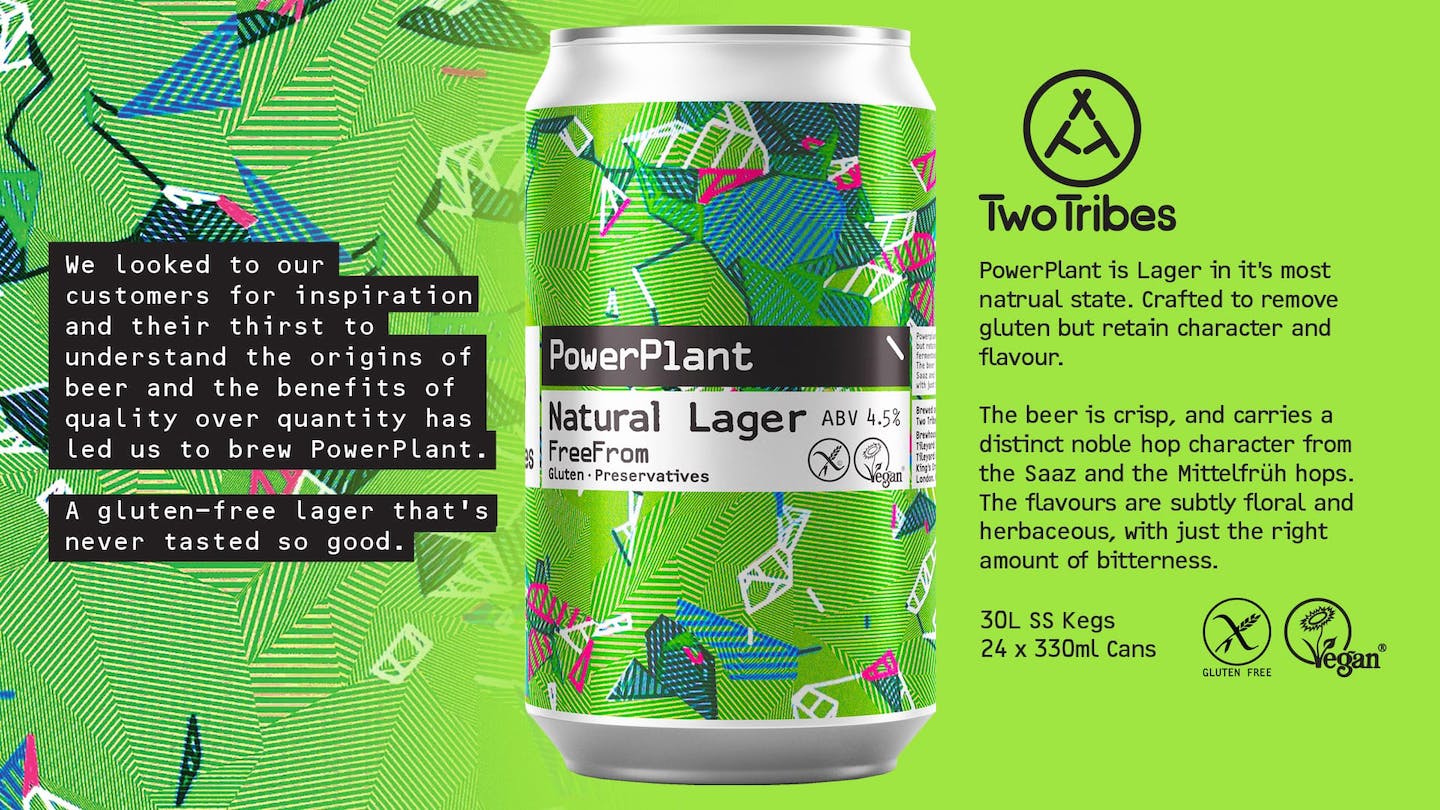 Open Mon to Sat. Click the Taproom tab above for hours.

Sign up now for weekly beer availability and new releases

Sign up
We use cookies to ensure that we give you the best experience on our website. If you continue to use this site we will assume that you are happy with it.OK